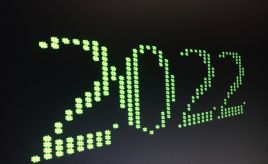 The occasion of CoESS‘ Annual General Assembly is usually a reason to look back at the past year. But foremost, it is a reason to look forward – where the European security industry is going, and which challenges lie ahead. 2021 has been a very peculiar year in this sense, because change has been particularly visible for all of us – a change that will continue in our “New Normal”. CoESS will therefore continue next year to raise the voice of the security industry at EU-level on many future-oriented topics like how to tackle skills and labour shortages; cybersecurity and Critical Infrastructure Protection; and the regulatory framework for the integration of new technologies in security services.

A year of change for the CoESS

The year 2021 has been a moment of new beginnings for CoESS. At the head of our organisation, Vinz Van Es (representing the Dutch Security Association and Managing Director of G4S Netherlands) was elected Chairman after Marc Pissens stepped down after 18 years in this role. He was elected by our members at last year’s General Assembly together with a new Board of Directors, assembling today representatives of 11 EU countries. In addition, CoESS gladly welcomed Verisure as a new sponsor – reflecting the wide spectrum of security services in Europe and the growing relevance of the remote monitoring and alarm business.

Challenges: War on Cash and lack of sensitivity towards our industry

Like for many of our members, the COVID-19 pandemic continued to play a major role in discussions within CoESS in terms of risk management and efforts to create a political environment that is receptive to the most urgent needs of our industry.

A key item on our agenda was thereby the ongoing war on cash and its impact, not only on businesses and workers in the cash ecosystem, but also marginalised groups in society that rely on the availability and unconditional acceptance of cash.

To sensitise EU policymakers to this increasingly worrisome development, CoESS hosted together with the European Security Transport Association (ESTA) and our EU Social Partner UNI Europa a second EU Cash Roundtable with a broad stakeholder coalition of businesses, employers’ associations, trade unions and civil society organisations. The meeting, entitled “Acceptance of Cash: Key for Society, Key for Jobs”, aimed to update on the latest legislative and judicial developments, learn from best practices, develop strategies to safeguard cash at the national and European level.

But also in our regular legal work, we had to deal with a number of challenges:

-        The European Commission initially planned to adopt a European Standard for Safe and Secure Truck Parking Areas, which would have allowed for non-security staff to perform security tasks such as on-site guarding and remote monitoring – violating sectoral regulation in a number of EU Member States. CoESS had to intervene, luckily with success. In the end, our demands were taken on board.

-        Unfortunately, the same cannot be said in EU social policies. The European Commission has published two very concerning legal proposals on minimum wages and pay transparency which inadequately intervene in collective bargaining and Social Partner autonomy. CoESS’ concern is shared by a large coalition of sectoral employer associations and the European umbrella group BusinessEurope. Both dossiers are now discussed by the European Parliament and Council in inter-institutional negotiations.

Growing recognition of our industry at EU-level

Fortunately, we have also seen many important steps that show that our industry, and the role that we play in internal security frameworks, is increasingly recognised at EU-level.

Also thanks to a continuous engagement of CoESS with the European Commission and Presidencies of the EU Council, the latter approved Conclusions on the protection of public spaces that call on EU Member State authorities to engage, among others, with private security firms and, in concrete terms, cooperate, share knowledge, and organise joint trainings in order to improve the preparedness and response of law enforcement and the first response community.

Likewise, CoESS has successfully engaged with Members of the European Parliament to improve the European Commission proposal for a Directive on the Resilience of Critical Entities, highlighting the importance of best value procurement approaches when operators of Critical Infrastructure buy security services, and compliance of security firms with relevant Standards. A number of opinions in Parliament as well as the final report in the Home Affairs Committee support our recommendations for changes in the text. CoESS will therefore foster engagement with the European Council.

In 2022, the voice of the security industry will be needed when EU institutions are negotiating on the recently proposed EU Artificial Intelligence Act – with the support of our recently founded CoESS Expert Group on Artificial Intelligence. CoESS will likewise participate in the planned consultation for a Drone Strategy 2.0 and continue engaging with the European Commission and the European Aviation Safety Agency (EASA) on the topic.

We will further organise a number of workshops as part of our INTEL Social Partner project, which is funded by the European Commission and looks into future solutions to labour and skills shortages in our sector. Before the end of this year, we will publish the results of the very first EU-wide survey on the perception of labour and skills shortages in the private security services – both by our national members, but also security companies and client stakeholders. The results will be discussed in three online workshops.

Photo by Artturi Jalli on Unsplash