CoESS actively participates in developing European standards for the private security industry, as this is a direct and concrete action deriving from its core values, namely quality, trust, compliance and safety. 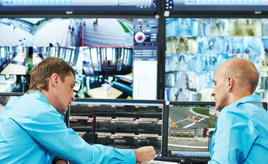 CoESS has actively contributed to the development of the above-mentioned standards, and has taken a further step in 2015, by promoting the set up of an umbrella CEN Technical Committee (TC), to cover all existing and future standards in the area of private security, CEN TC 439.

The Chairperson of CEN TC 439 is Catherine Piana, the Director General a.i. of CoESS and many CoESS Members participate in the work of CEN TC 439. This ensures that future standards are relevant to the industry and can be implemented to the mutual benefit of suppliers and customers of private security services.

Finally, CoESS also pro-actively contributes to the work in CEN TC 447 which aims to create procurement rules – both public and private – that will oblige procurers to implement the best value principle when buying services.