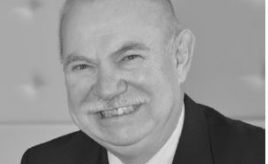 CoESS is saddened to announce that the former member of the CoESS Social Dialogue Committee and BDSW Honorary President Wolfgang Waschulewski passed away on 20 June 2021 after a long serious illness.

Wolfgang Waschulewski represented the German Federal Association of the Security Industry (BDSW) in the CoESS Social Dialogue Committee for many years, shaping the outcomes of European Sectoral Social Dialogue for the Private Security Services. He will be remembered by CoESS and our members not only as a highly engaged and committed promoter of Social Dialogue, but also as a benevolent and constructive colleague.

“We were deeply saddened by the passing of Wolfgang Waschulewski. He rendered outstanding services to the European Sectoral Social Dialogue for the security industry for many years and CoESS owes him a great debt of gratitude for his commitment. Our deepest sympathy goes to his family,” said Catherine Piana, Director General of CoESS.

"The BDSW and its almost 1,000 member companies mourn the loss of Wolfgang Waschulewski," added BDSW’s president, Gregor Lehnert. In the past 30 years, nine of them as president, he had shaped the association like no other, said Lehnert.

"Wolfgang Waschulewskis great passion was collective bargaining policy," said the BDSWs Chief Executive Officer, Dr Harald Olschok. "There is no other representative of the BDSW who has been so committed to the autonomy of collective bargaining guaranteed by the Basic Law," said Olschok. He had rendered outstanding services to the social balance in our industry.

Due to his outstanding, decades-long voluntary commitment in the BDSW, in other related associations and also with his home club Viktoria Aschaffenburg, Wolfgang Waschulewski was awarded the Federal Cross of Merit on Ribbon of the Order of Merit of the Federal Republic of Germany by Federal President Joachim Gauck on 1 August 2014.

"We will honour Wolfgang Waschulewskis memory. Our sympathy goes to his wife, his three children and two grandchildren," said BDSW President Lehnert.