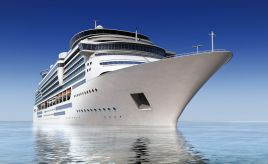 Every year, 400 million passengers pass through EU ports and harbours. In the context of the terrorist threat, CoESS has just published a White Paper on Passenger Ship Security to alert the EU and national authorities, as well as stakeholders, to the security risks linked to passenger ships, and make suggestions on how to mitigate these.

The current type of terrorists, who clearly target transportation modes and hubs, as well as leisure activities, pose a significant threat to passenger ships, be they maritime or river cruise ships, or ferries.

Once the ships have left the maritime or inland port, passengers are captive and have nowhere to run, let alone hide, in case of an attack.  Ships are also difficult to reach for Special Forces and the time between the first alert and their intervention would be around 2 hours. Meanwhile, the death toll would be very high.

The focus of the White Paper is on deterrence, prevention and protection against the risk of attacks in the terminal, from a ship or a drone, with weapons, explosives (HMEs, IEDs) and chemicals (likeliest category of the “CBRN” group).

The main recommendation is the use of ship security teams or “Sea Marshalls” on board of ROPAX, Sea and River Cruise and other Passenger Ships. During the critical minutes and hours following an initial event, the ship’s security crew would be the only force available and should therefore be trained and equipped to deal with any plausible foe or event, until such time that the Special Forces reach the ship. A variety of options can be considered: from law enforcement or military staff, to private security, either in-house or through private security suppliers.

The White Paper’s proposed measures address the basic doctrine, minimal training, equipment, as well as the organisation and integration. Written by maritime security experts, the paper is not intended for public circulation and can be obtained on a need to know basis with Chantal Verlaet, Policy and Communication Officer - Chantal@coess.eu.