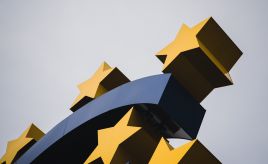 The European Commission has presented a legal proposal for a Directive on adequate Minimum Wages in the EU. It follows two Social Partner Consultations, in which the Commission presented different, and many useful, policy options to strengthen Social Partners and improve adequacy of minimum wages. In the consultations, CoESS however objected to any legally binding action at EU-level and raised concerns which have materialised in the Commission’s proposal: instead of strengthening the role of Social Partners in minimum wage setting, CoESS believes that it could weaken Collective Bargaining.

In a Position Paper published today, CoESS takes the opportunity to comment on the European Commission’s Proposal for a Directive on adequate Minimum Wages in the EU.

As European Sectoral Social Partner for Private Security Services, CoESS has participated in the two previous Social Partner Consultations and objected, like all European employer groups, to any legally binding action on minimum wages at EU-level.

CoESS agrees with the European Commission’s objective to support workers’ access to adequate minimum wages, and is convinced that Collective Bargaining, anchored in Social Partner autonomy, is the most efficient instrument to achieve this objective.

CoESS however believes that, by definition, a European Directive undermines Collective Bargaining and interferes in Social Partner autonomy. Its binding nature and content contradict the spirit and essence of Collective Bargaining and create legal uncertainty - namely due to the requirements in Articles 4 and 5, which do not only challenge important provisions set in Article 1, but are highly problematic in the light of Article 153 (5) TFEU.

CoESS represents a labour-intensive sector, which is actively engaged in Collective Bargaining on minimum wages at national level, and is concretely concerned about the following aspects of the European Commission’s proposal:

• Article 5 affects the level of pay and is highly problematic in the light of Article 153 (5) TFEU. It also does not seem to consider the impact of changes in Statutory Minimum Wages on Collective Bargaining.

• The Impact Assessment ignores the economic impact of the proposal on labour-intensive sectors such as Private Security Services, especially in times of a historical crisis.

CoESS is not only worried about the future autonomy and attractiveness of Collective Bargaining in Europe, but for the private security sector’s competitiveness, employment and sustainability, and hopes that European co-legislators will acknowledge these serious concerns.

Photo by Mika Baumeister on Unsplash