Olympic Games 2024 in France: massive recruitment of private security agents "not feasible at this stage" 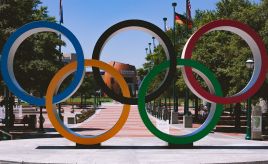 The Groupement des Entreprises de Sécurité (GES), the association of private security companies in France and member of CoESS, estimates that the recruitment of thousands of private security guards planned to secure the sites of the Olympic Games to be held in France in 2024 was "not feasible at this stage" in an industry penalised by labour shortages.

Mr. Gauthey, who spoke on Tuesday at a round table of the annual conference of directors of security and safety in Paris, particularly stressed the lack of attractiveness of the private security industry. "The salaries are extremely low, since 50% of our workforce in France is paid at the minimum wage. Under these conditions, we are not attractive and therefore we have great difficulty in recruiting," said the president of GES.

"We need to become more attractive, upgrade remuneration and training opportunities. All of this comes at a cost. We must stop the downward spiral of prices and low-cost procurement," he added on the side lines of his speech.

"The private security industry needs reform and the state must play its role in ensuring better regulation", he argued, placing his hopes in the future French white paper on internal security, which is currently in development.

The private security industry is one of the most mobilised within the framework of the organisation of Paris-2024, according to a study presented in April by the Organising Committee for the Olympic Games. The study indicates that they would represent some 30,200 workers in total, at a time where it is experiencing high tensions on the job market.

During his speech, Mr. Gauthey expressed his concern about the risk of resorting to workers from other countries. "In a country where there are three million unemployed people, how can we imagine for one moment that we are going to look for labour in other European countries? That would be a resounding moral failure. The Olympic Games must have a national economic impact," he said.

This article has been translated. The full and original article, published by L’Express in French, can be found here: https://lentreprise.lexpress.fr/actualites/1/actualites/jo-2024-le-recrutement-massif-d-agents-de-securite-privee-pas-realisable-a-ce-stade-syndicat-professionnel_2111578.html