Private security at Milipol: how to implement the âSecurity Continuumâ 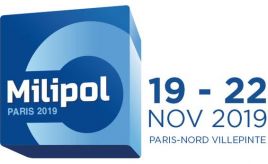 “There can be no public-private cooperation, if a number of criteria are not met”, said Catherine Piana, CoESS Director General, at a round table organised in the Milipol exhibition on 20 November 2019 in Paris. According to Claude Tarlet, Chairman of the French Federation for Private Security (FFSP), “the Security Continuum is a very nice concept, but it needs to be transposed in concrete terms”. Eric Balastre, Prevention Director of the Renault Group, called on buyers to sort out security providers that do not sufficiently meet quality criteria.

In order for the “security continuum” to be transposed in concrete terms, the link between the various categories of people who ensure homeland security at local and national level needs to be close, said Claude Tarlet at the Milipol exhibition, which was held from 19 to 22 November 2019 in Paris. The Chairman of the French Federation for Private Security advocated that fundamental rules need to be defined and practical, very concrete, cooperation frameworks need to be drawn. This would go beyond the framework for collecting and disseminating intelligence and information, even if this was very important.

Claude Tarlet felt, furthermore, that the “security continuum” must go “well beyond the activities carried out by the traditional security companies. It would also concern the technology and intelligence players”.

Catherine Piana, CoESS Director General, demanded that a number of criteria are established, which would be the foundations for public-private cooperation. Further to the work and research carried out by CoESS in a recent White Paper, she highlighted the importance of quality, which is based on buying security services according to objective and pertinent quality criteria. She insisted on the need to comply with administrative, fiscal, and social rules and requirements and the need for partners, including private and public, to establish trust.

"There is a growing agreement on these issues”, noted Éric Balastre, Prevention and Protection Director of the Renault Group. The notion of quality would have to be transposed from services to results. What would be important is that the quality of the requirements listed by the client be abided by. "The quality of security services is based largely – but not only – on the middle management”, said Balastre. In his view, “people should not grow in the organisation based just on their performance as an agent. There is no telling that they will be good managers - maybe, but not surely”. They would need to be trained. Éric Balastre also called on buyers to put aside those companies with which they won’t be able to work.

Catherine Piana underlined that private security companies do have some margin for maneuver at European level. The CoESS Director General mentioned the example of Spain, which, during the transposition of the Public Procurement Directive, included a minimum of 51% quality criteria to be considered for the procurement of private security services.

She encouraged the French players to “look at examples that work well” in other countries, as did CoESS in its White Paper. “When you are reflecting on future legislation, you don’t need to go very far to find very good examples”, she said referring to the Belgian legal framework. She also mentioned the case of Finland, where “the State pays a civil servant to help private security companies step up their level of resilience in case of crisis. They consider that private security services are essential to the functioning of their society.”

CoESS is starting to work on a certification at EU level of private security services protecting Critical Infrastructure. “Legislation is insufficient and we need to bring more precision to it”.  Catherine Piana indicated though that the work would be progressing at “standardisation speed”, which “takes time”.