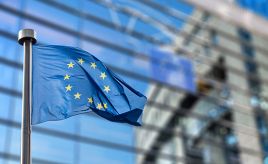 The Progress Report offers an overview of the current implementation of the European Agenda on Security.

In the report, the Commission recalls its commitment to strengthen safety and security of UA operations as “[...] drones represent an opportunity but also an increasing security threat to critical infrastructure (including aviation), public spaces and events, sensitive sites and individuals. […]”. To step up its support, the Commission will organise a high-level international conference on 17 October 2019 to counter the risks posed by drones – an initiative that CoESS strongly supports, for example with regard to the future U-Space Regulation.

Another important achievement is the Evaluation of Directive 2008/114 on European Critical Infrastructures. It is a direct result of stakeholder consultations which CoESS has pro-actively taken part in twice last year. For CoESS the evaluation is a key deliverable of the current Commission to improve the protection of Critical Infrastructure in Europe.

The European Parliament Committee for Civil Liberties, Justice and Home Affairs (LIBE) held a lively debate on the Progress Report with Commissioner King. The discussion showed that the new Parliament is taking the Security Union and the fight against terrorism very serious. MEP Jeroen Lenaers (EPP, NL) stressed that security will continue to be a big priority in the next five years. Many others were very rightly concerned about the Union’s resilience against cyberthreats, particularly with regard to Critical Infrastructure. MEP Sophie Int’Veld (Renew Europe, NL) however stressed that EU action is good, but only if it is properly implemented by the Member States – a matter that still represents a challenge.