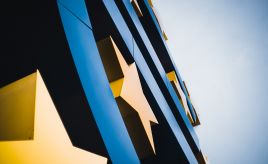 Ahead of the Porto Social Summit, European employers organisations of the tech  industry, security services, banking, chemicals, cleaning and facility services, retail and wholesale, construction, agriculture, hotel and gastronomy, as well as private employment services industry raise jointly their concerns about the implications of the European Commission’s proposal for a Directive on adequate minimum wages. The 10 European sectoral employers organisations, including CoESS, together regroup well over 33 million companies providing jobs to nearly 114 million employees.

The representatives of 10 EU sectoral employer groups, including CoESS, highlight in the Joint Statement, which was published today, that they are committed to continuously improve the working conditions of their employees and share the Commission’s objectives. Being strongly engaged in social dialogue at the national and EU level, the Joint Statement makes however clear that employer groups are strongly concerned about the implications of the proposal for a Directive on adequate minimum wages on the role of Social Partners and on statutory minimum wages.

Indeed, as EU sectoral employers, all firmly believe in the autonomous role of their members in collective bargaining at the national, sectoral, and company level and support the right of Member States to set minimum wages according to national law and practice.

Regrettably, the Commission’s proposal does not respect these two core principles underpinning the European social market economy. In the view of the employer groups, the EU has no competence to introduce any action regarding pay and collective bargaining as there is no legal basis to do so. For these reasons, the sectors represented in the statement are highly concerned about the proposed Directive.

The European Commission had presented a legal proposal for a Directive on adequate Minimum Wages in the EU back in October 2020. It follows two Social Partner Consultations, in which the Commission presented different, and in CoESS opinion many useful, policy options to strengthen Social Partners and improve adequacy of minimum wages. In the consultations, CoESS however objected to any legally binding action at EU-level and raised concerns which have materialised in the Commission’s proposal: instead of strengthening the role of Social Partners in minimum wage setting, CoESS, like other employer groups, believes that it could weaken Collective Bargaining. Therefore, CoESS objected, like all European employer groups, to any legally binding action on minimum wages at EU-level.

The Joint Statement is published ahead of the Porto Social Summit, taking place on 07 May 2021. The Summit is an event hosted by the Portuguese presidency of the Council of the European Union and consists of a high-level conference with social partners and an informal meeting of EU heads of state or government. The overall aim is to set the European social policy agenda for the next decade. The European Commission and Portuguese Council Presidency put high hopes in the Summit to support a rapid agreement on the Minimum Wage dossier among EU Member States.

Photo by Mika Baumeister on Unsplash